Things To Know Before Adding A Backyard Bocce Ball Court

Basketball, baseball, soccer (football), volleyball, and handball are usually the sports that are played with full enthusiasm by kids as well as adults. However, there is another important sport that is equally loved by the kids, teenagers, and adults — Bocce Ball. You might have played bocce ball with your friends and family during vacation or summer holidays. It is an extremely energizing sport that keeps you hooked till the end. But it is not possible to always go out to the commercial bocce ball courts and play the game for long periods of hours with your family and friends. On the commercial or public-owned bocce ball courts, you won’t be able to enjoy the game under the twinkling sky and have snacks along with your friends or family. Due to this reason, there are many people who look forward to having a bocce ball court in their backyard. So if you are one of those people who are mesmerized by the charms of the game and want to build a bocce ball court in the backyard, then it is a necessity to have an understanding of the essential aspects before you do that.

#1 The Overall Size Of The Bocce Ball Court:

#2 The Location Of The Bocce Ball Court:

#3 Preparing The Site For The Bocce Ball Court: 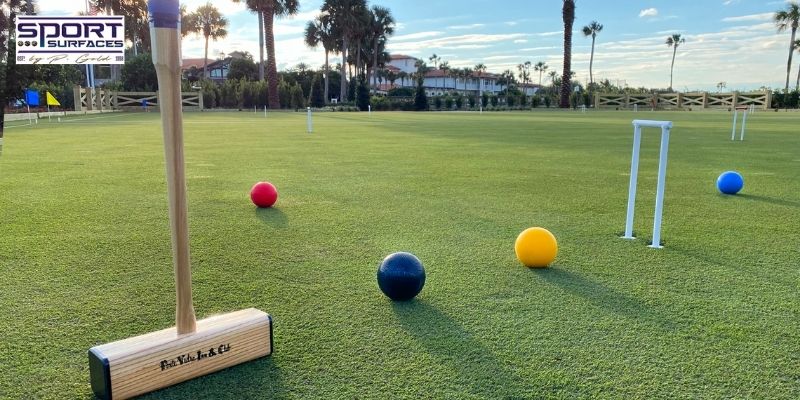 Site preparation is required so that your court can last for a longer period and does not require frequent changes. With site preparation, two factors are important — drainage and grading. If these things are not taken care of, then the bocce ball court will be unplayable.

#4 Considering The Borders Of The Bocce Ball Court:

While constructing the border wall for the bocce ball court, you can make use of the concrete as it will make the structure strong, sturdy, and durable. Usually, the measurement of the border wall should be approximately 6-inch by 8-inch, but you can make the changes based on the amount of space you have in your backyard.

#5 Preparing The Surface Of The Bocce Ball Court:

The surface of the bocce ball court is built in various layers, the topmost layer is of oyster flour, and this layer is almost 1 inch in thickness. Next is the layer of oyster shells. If you do not want this surface, you can even opt for gravel and turf. It will also make your game better, but not as effective as the oyster surface.

Once you have decided to build a bocce ball court in your backyard, you need to consult professionals. Well, yes. The sports surface build work should be handled by professionals, as they are skillful and can manage everything right from scratch. You can specify your requirements to them, and they will get you the desired results.