Beach Tennis is a rapidly-growing sport with a bold aim: to become the leading beach sport for professional and junior athletes worldwide.

A Fun and Easy Sport to Play

This sport is both fun and easy to play. In fact, one of the reasons why beach tennis is gaining popularity is because it is easier to learn than most racquet sports. A novice player could pick a paddle or a racquet, head into the beach, and get a rally straightaway. It is even much easier for people who have played tennis, table tennis or badminton.

The fact that beach tennis appeals to a broader base (both athletes and non-athletes) means that the sport is played recreationally and competitively. Similar to tennis, beach tennis is played with a paddle or a racquet, and a tennis ball, but in a volleyball size court, and, of course, on the beach. But don’t mistake it for being a wham-bam sport, it requires skills and finesse.

What do you need?

To start playing beach tennis, all you need is a racquet or paddle, a net, a ball, and a beach volleyball court.

The type of balls approved for beach tennis is stage 2 tennis balls (colored half orange/half yellow). Initially, the low compression green balls or stage 1 balls were used till 2010. Stage 2 balls are preferred because they are softer and slower, which increases the rally length to make the game more enjoyable or less hazardous.

Beach tennis with a solid paddle racquet is sometimes referred to as beach paddleball, and it is mainly played in other countries.

A Bit of History About Beach Tennis

Beach tennis was first introduced in Italy in the late 1970s as a way of exciting tourist, especially during summer. Soon, it gained popularity and spread across Europe, Brazil, and the US.

Initially, the game was played on the same net as beach volleyball, but it was later lowered to a height of 5.6 feet (1.7 meters) to make it more exciting and to increase the pace of the game.

Beach Tennis is sport which has elements from tennis and volleyball, and is played on the beach. There are two forms of beach tennis, Beach Tennis USA and Beach Tennis with a paddle racket.

Beach tennis USA is similar to beach volleyball but played with a tennis ball and a racket. The rules are the combination of tennis and volleyball. If the ball hits the sand, this results in a point. The scoring is the same that of tennis, 15 – 30 – 40, and no-ad at deuce.

For beach tennis USA events, the format depends on the number of entrants and number of courts available, and also the time available. Usually, the preliminary rounds are pool-play. Pool play means, there is a pool of four, one will play the other three teams in the pool. The top teams will advance to the next pool.

A sport similar to beach tennis with a solid paddle racket but no net is played in other countries, which is sometimes called beach paddle ball, and in Israel it’s called matkot, in brazil it is frescobol. 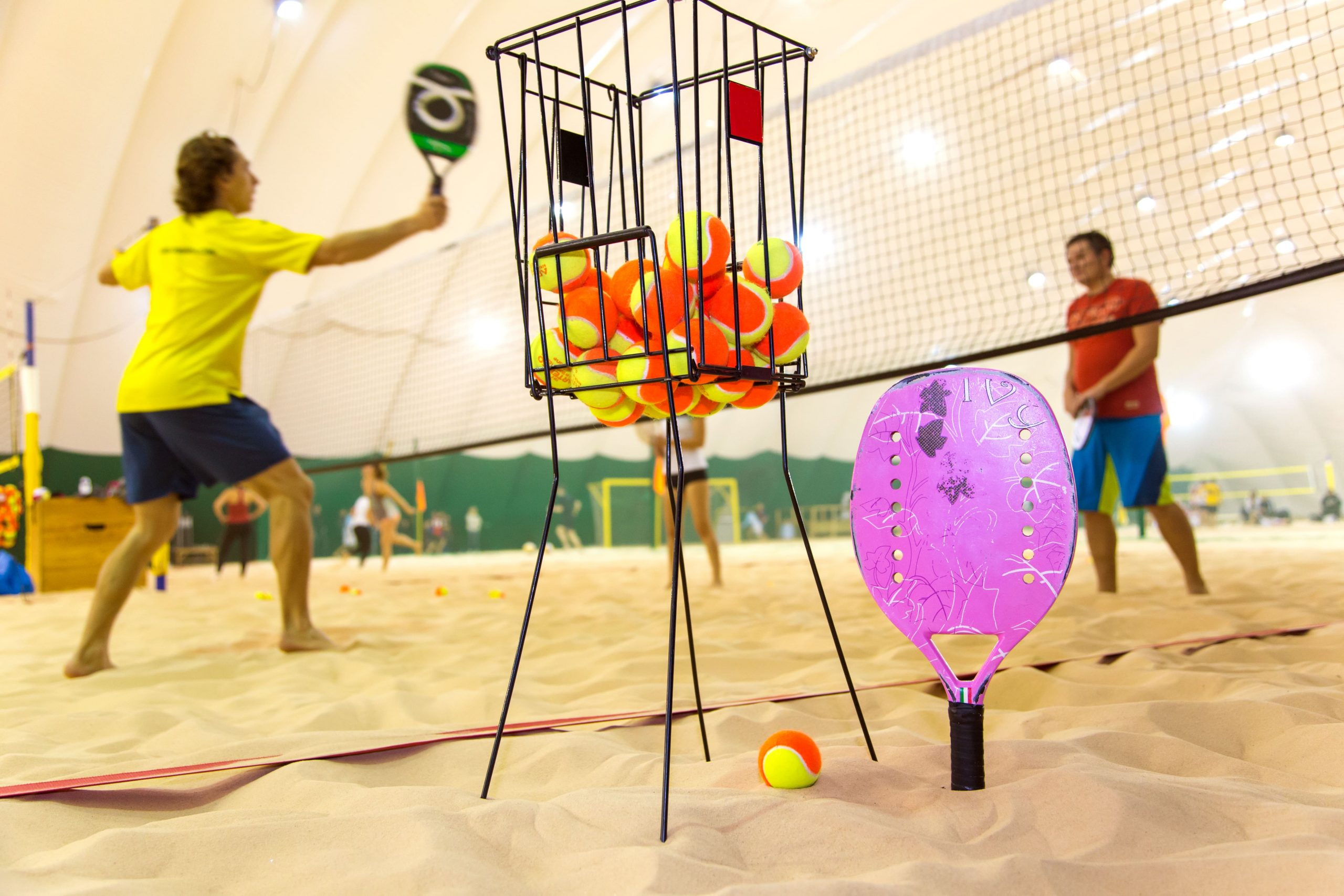 Call For a Quote:

The furnishing consists of stakes, nets, and lines. The net should be raised 67 inches (1.7 meters) high while the perimeter lines should be 2 inches wide and should have a contrasting color with the surface of play.

The server and the returnee should be opposite to each other. The right to serve first is decided at the start of the match through a toss. The player who wins the toss may choose to either be the first to serve or receive.

The player will also have a chance to choose which side of the court to start playing from. The serving player must stand outside the boundary line, and she has one opportunity to serve. Apart from this, there is no service let or second serve in beach tennis.

Just like tennis, players are expected to switch sides after the end of odd games – 1, 3, 5 and so forth.

The scoring is similar to regular tennis, but there is uses a no advantage system, after deuce. A team or player wins a point when the ball touches the ground within the marked boundaries of the court, or if the opponent commits a fault like hitting the ball on the net.

Beach tennis uses several scoring formats: best of 5 sets, best of 3 sets, 1 set. If both players have accumulated three points each (15, 30, 40), then one of the players must score an additional point to win the game.

To win a set, a player must score 7 or 9 games with a lead margin of at least two games. When the players have scored 6 or 8 games, then a tie-break will be played.

The standard court size for doubles matches is 52.50 feet (16 meters) long and 26.24 feet (8 meters) wide. Though rare, beach tennis can be played by singles. For singles matches, the length of the playing area is the same as the doubles while the width is slightly smaller by some inches; the width is 14.91 ft. (4.5 meters).

Our company is happy to share more information about your Sport Court® project with you.  Please click on the link below to ask us anything.

How much does Beach Tennis differ from Tennis?

Besides the aerial and playing area aspects, the scoring system for beach tennis is just the same as tennis. Also, beach tennis is played on a higher net – 67 inches (1.7 meters).

Since it is not a no-fault system, players have only one-serve. Because of the straightforward system in point scoring (no advantage points), it is always easy to approximate how long the game will last.

Is the equipment used in Beach Tennis similar to Tennis?

Equipment used in beach tennis is similar to those of tennis. The paddle is made of carbon, graphite, and fiberglass with no strings, Just like tennis, beach tennis racket can vary in weight and length. Beach tennis balls are low compression tennis balls.

Is Beach Tennis played across the globe?

Yes, beach tennis is played in many northern and southern hemisphere countries. Today, beach tennis is a competitive sport in many European countries and other parts of the world, but it is more popular in Italy, Spain, and Brazil.

In what countries is Beach Tennis played?

Other countries where this sport is played are Belgium, Netherlands, Poland, Germany, the UK, Slovenia, Cyprus, Croatia, Portugal, Czech Republic, Australia, Thailand, USA, and some Latin America countries, among others.

Sport Surfaces has created branch offices across the US as we have grown in the past twenty years.  We have extensive experience in sport court® resurfacing.  Please connect with our professionals today to find out more about our services. 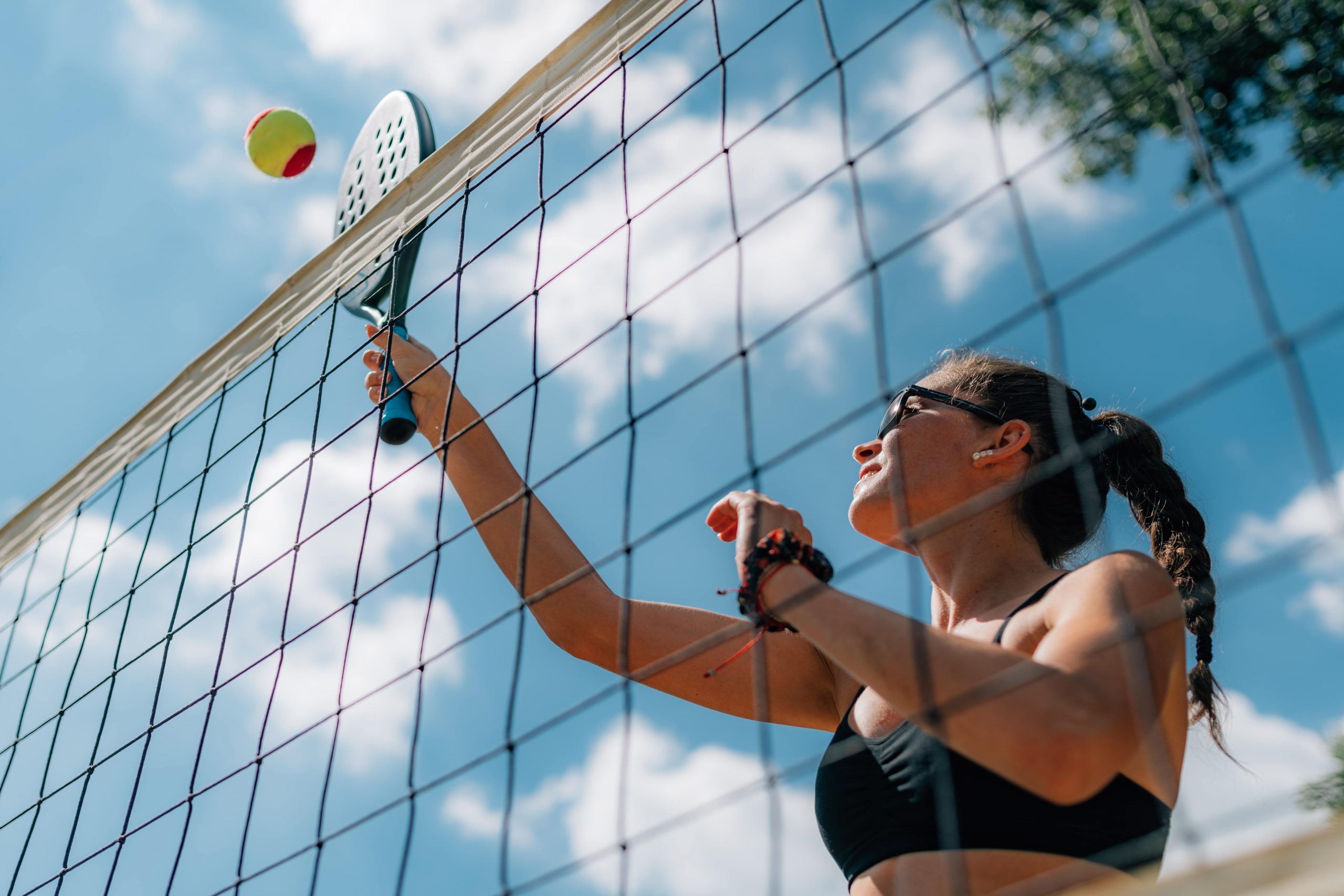 Call For a Quote: 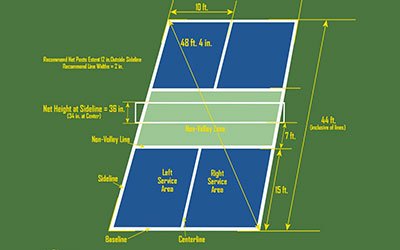 Here at Sport Surfaces™ we provides services to plan, design, evaluate, develop, consult, and assist owners and architects in all aspects of tennis and basketball court construction. 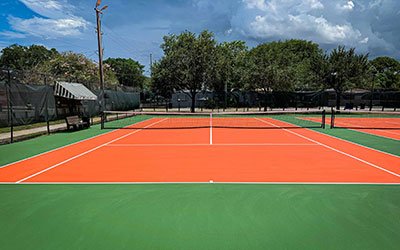 Our company provides services in the field of construction of all types of sports surfaces. Over 20 years of experience guarantees high quality of services and satisfaction of each client. We are sure of it. 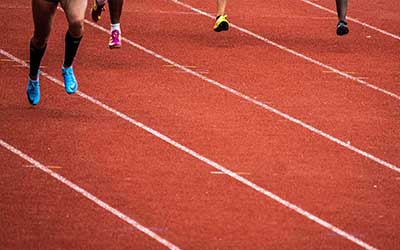 Sport Surfaces has completed more than 6000 tennis court resurfacing projects. Our experience guarantees that your court will gain a new life. Contact us for a free offer.